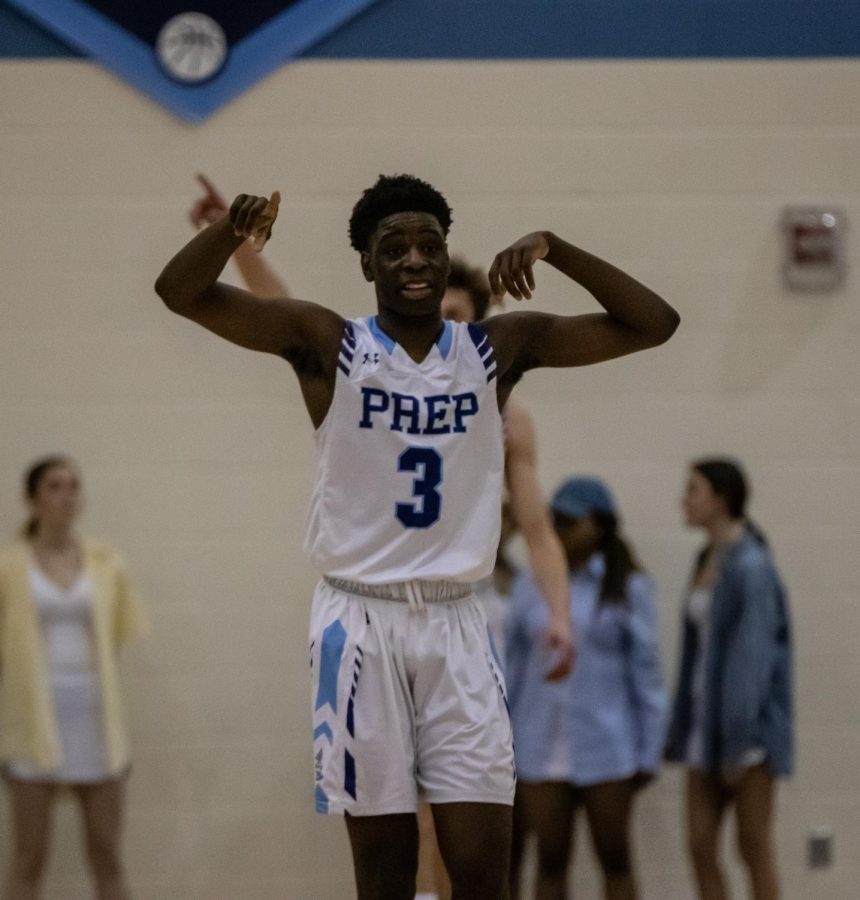 On Monday the Creighton Prep basketball team defeated Grand Island in the A-6 District 64-60 in overtime. The Jays trailed most of the game and found themselves down by 8 while only scoring 11 points at the half. The second half, however, came up all Spencer Schomers. The senior scored 29 of his 31 in the second half and led the comeback in his final game in the Heider Center to beat the Islanders in overtime.

The Jays finished the regular season at a solid 17-7 with wins over each of the top three teams in the state: Bellevue West, Omaha Central, and Millard North. After a tough loss to end the regular season to Papillion-Lavista South, the Junior Jays battled through districts and secured a spot in Lincoln for the state tournament.

Jay Journal got the chance to catch up with junior point guard Justin Sitti to get his thoughts on the upcoming State Tournament:

JJ: What adjustments were made at halftime of the Grand Island game?

Sitti: We were playing good defense we just had to score the ball so we ran plays to get our main guys open and it worked out.

JJ: Did you guys feel confident that you could get offense going in the second half?

Sitti: Yeah, we are always confident especially at home.

JJ: What do you think you guys were doing wrong in the first half?

Sitti: Not really much, our shots just weren’t falling, also we were playing too fast too many turnovers we relaxed a little bit and got back to our style of basketball.

JJ: How do you guys plan to play Westside different since you guys have already played them?

Sitti: We just got to lock down the three point line, we aren’t really worried about scoring it’s all about defending these guys.

JJ: How are you guys preparing for state?

JJ: How does the win against Grand Island affect you guys moving towards State.

Sitti: I think it was big for Spencer to have a big game, he has the most experience for state so we need him on a hot streak.

JJ: Which players do you guys need to help off the bench?

Sitti: [John] Trainer is going to be huge, it might be a high scoring game so we need him to bring a spark, also Alex Bullock or Conor Buckley for defensive reasons.

JJ: Do you think it’ll be tougher being a younger team in state?

Sitti: I don’t think it will be. I feel like we will adjust pretty fast, and with the Birdcage there it will feel like we are playing at home.