Teaching From Home During Quarantine 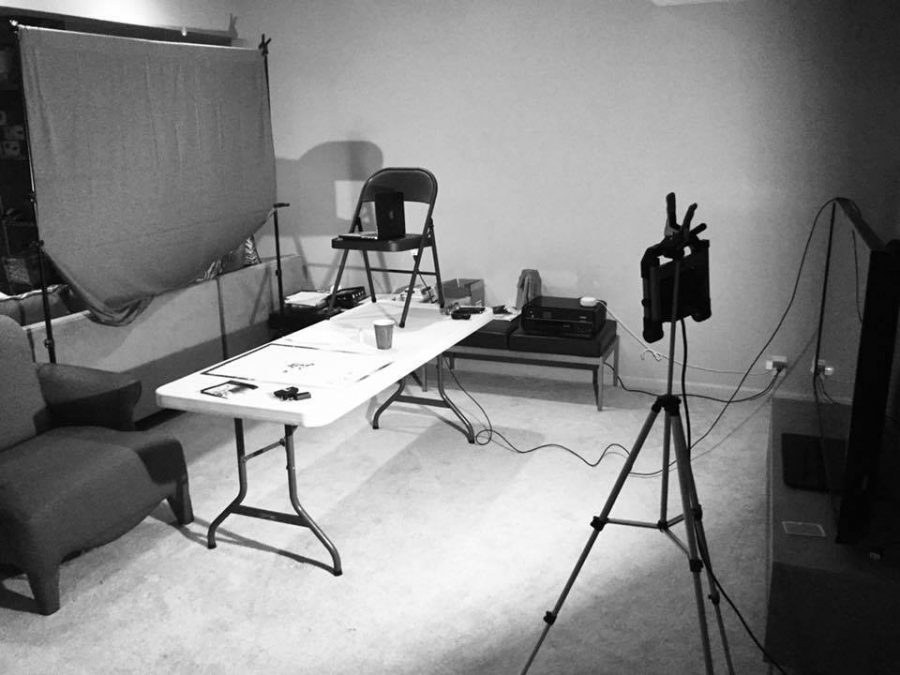 Nearly all of the teachers are back in the building.  However, there are instances where a teacher would be forced to teach from home, whether for health or personal reasons.

Mr. TJ Fyfe, a biology teacher and football coach at Prep, was one of those teachers when a member of the football team tested positive for COVID-19.

“The first thing I thought about was the football team,” Fyfe said.  “Was everybody OK? Was the staff OK? Is everyone OK health wise?  My second thought was ‘how I was going to teach remote while the guys were in class?’”.

Fortunately for everyone involved, there were no further positive tests, but at the time, there was a lot of worry throughout the Prep community.  However, worries had to be pushed aside quickly, as Fyfe’s next class was in just a few days.

Online teaching is obviously much different than teaching in person.  Fyfe was faced with an issue that needed to be solved quickly: how would he be able to streamline online teaching?  Luckily, there were many support systems in place to ease the transition.

“To streamline online teaching I used the Pages function in Canvas, and I added a bunch of links so that guys could go through the class whether I was there or not”.

Fyfe said that this was very helpful for both him and his students, but it didn’t solve all the potential problems.

“There are distractions teaching from home…my kids are at home, they don’t understand why their daddy can’t play with them, ” Fyfe said.

Fyfe also mentioned that there had been technology issues, including a particularly comedic event in which he noticed that there was a name with a non-Prep email in his Zoom call.  He kicked the offending person out of the meeting, only to discover that it was the in-class moderator.  He was then forced to start a new meeting to be able to re-admit the in-class moderator.

Fyfe says that the administration has helped with both physical and mental problems.

“It can be difficult to get a sense of time when I’m not in the school building, and at home there are a lot of distractions that can’t be helped,” Fyfe said.

He also mentioned that the administration had reached out and said they would be more than willing to help with anything from tech issues to needing someone to talk to.  He also said that it became easier to understand the student point of view, as his sense of time was thrown off due to not being in the school building.

Lack of motivation was also a problem for him.  However, once he overcame that, there were pros and cons to teaching from home.

“The pros of working from home are that I got to see my kids, sync up my lesson plans, and get my school day more organized,” Fyfe said.  “The cons are that there’s more work and it can be frustrating trying to troubleshoot from home”.