Christmas in the Cage: Will it Happen? 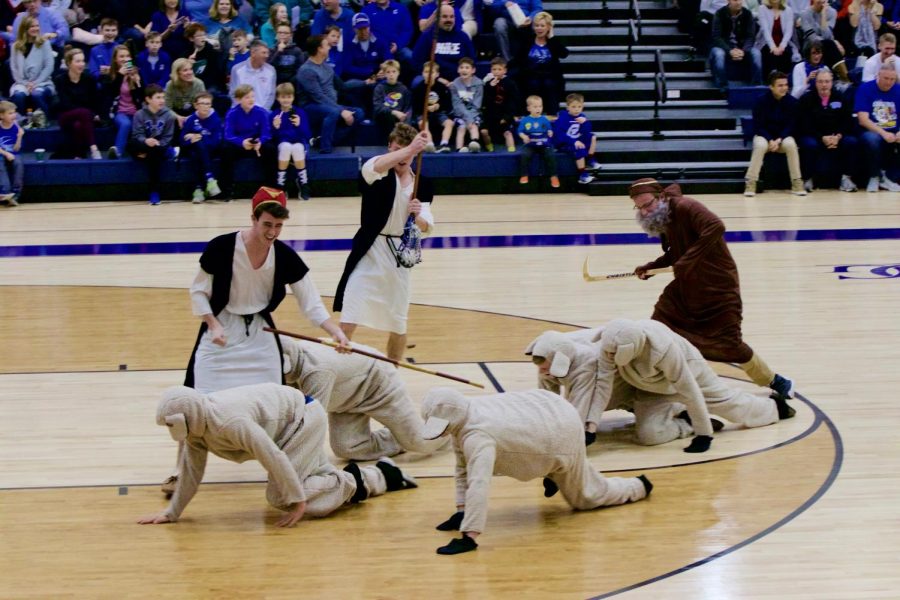 The long lasting tradition of Christmas in the Cage has come to halt this year due to Covid-19. This tradition is arguably the biggest Prep event of the year, yet this is just another addition to all the cancellations and postponements this year has brought. There is little hope for this event to take place in these coming weeks, but the students, players, and the Prep community hope to be able to watch their Junior Jays in person soon enough.

Having a limited number of two household family members per player per player hasn’t been the same for the team nor the Prep community. This leads to the question: How are the student athletes dealing without having the Birdcage behind them, and How is there going to be a Christmas in the Cage?

When speaking with Mrs. Sara Smith, Director of Student activities, she was very doubtful on Christmas in the Cage. But there is still some hope for the Birdcage to make an appearance this season.

When Smith was asked when or if student fans are allowed to attend how will they determine who gets to go,. Smith responded with,

“It will be very similar to how we did it with the football games, a socially distanced Bird Cage, Seniors come first, then Juniors, then Sophomores and Freshmen.”

As of right now, cheerleaders are allowed to be in attendance. The Blue Crew contends that they are the Prep basketball team’s cheerleaders.

“Because technically it is not a school sanctioned club, therefore they are not allowed to attend,” Smith said.

Smith was asked if there are any plans to get the students involved with the basketball games such as watch parties. Smith said the Student Council came up with these ideas:

On January 20th, the rivalry of Creighton Prep vs Westside will be played. With hopes of Prep getting revenge from last year on their home court, and having fans in attendance while doing so, is a high hope. If the numbers do not allow fans to be in attendance,. Smith and the Student Council has come up with the idea, to have a watch party, but hang a projector screen in the Heider gym with video of the Birdcage cheering them on from a distance, to show that the students are behind them.

Smith and Student Council also had the idea if safe enough, on Senior night – the last home game of the year – to do a Valentines in the Cage, Cupid vs The Jays, to make up for the lost Christmas in the Cage.

“The students would build cardboard boxes and make little heart candies about the players and team,” Smith said.

Mrs. Smith has to be creative in finding ways to keep the students involved during these times of uncertainty.

“We have to think outside of the box to get the students involved,” Smith said.” We have learned to not look ahead but to think about what we can do now, because anything can change at any second as we have learned over this year.”

The Prep basketball team is looking to make a run at state, with more than half the team returning and looking to go out with a bang. However this year has been far from normal and could take a turn for the worst fast.

“It’s a lot different compared to novice and the gym, you can hear everything said on the court, you have to be conscious of what you’re saying because the ref, and the opposing team can hear. It’s almost like practice.” Senior guard Brendan Buckley said.

Junior forward Luke Jungers gave an example. When Prep was playing Grand Island, multiple players were given warnings for trash talking that they would normally not get because of the noise level with fans. Jungers also said it’s easier to hear Coach Josh Luedtke when they’re on the court.

“It’s easier to hear him call out the plays, and hear him when he is talking.” Jungers said.

Both Buckley and Jungers were asked if they felt the energy was down.

“I think the energy is down a little bit, in a close game we feed off of the Bird Cage, it will be interesting to see how we react, Jungers said.”

“Yes the energy is down, but it’s still similar, we feed off each other’s energy and our bench plays a big role in that, Buckley said.”

The crowd is an important part of the game. During a game the feeling of everyone there to watch and cheer Prep on is a feeling like nothing else.

“Yes I wish I could experience that one last  time, it’s fun to play in front of such a big crowd, it is the biggest game of the year, it’s always packed. I think more people would have came this year with how good we are going to be. It’s a school tradition, everyone misses it,” Buckley said.