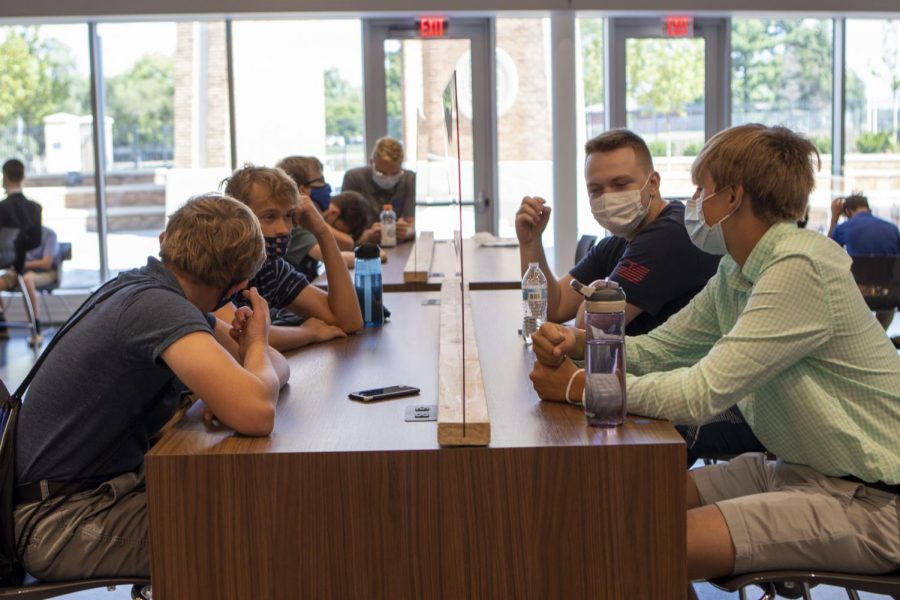 With how crazy this year has been, who knows what 2021 will bring? Prep students vary in concern on whether we should be online, or fully in school for the new year. The safety of the students and faculty is always a concern for administration.

“For the most part, I feel generally safe at school, however I [believe] that having unfiltered mingling among the students after an extended break from school, sure to be filled with travel, is very unwise and unadvisable,” Williams said.

Other students see an importance of being in school, despite the virus. Sophomore Jake Stringer has concerns about traveling over break, but still sees both sides to the argument.

“The benefits [of being fully in school] I see are more opportunities for student group work and easier access to resources,” said Stringer. “The benefits of being fully online is that the zooms aren’t neglected and teaching can be focused to a full group of students instead of half and half.”

As for anything official, Prep’s Head of School, Mr. Jim Bopp, sent out different surveys to the faculty, students, and parents. In an email, Bopp said they have decided to stick with Level 2 – Hybrid learning for after break. They have also extended break to January 6th to put a little more distance between New Years and the start of school. Bopp also asks that if a student has been with anyone outside of their household, they stay at home for at least a week after school starts.

“If your family travels over break or if your son has broad exposure to anyone outside of your household, we ask that your son remains in remote learning for at least one week after returning from travel or his last gathering socially with any large group,” Bopp said in an email.