Brendan on Basketball: Week of 2/22 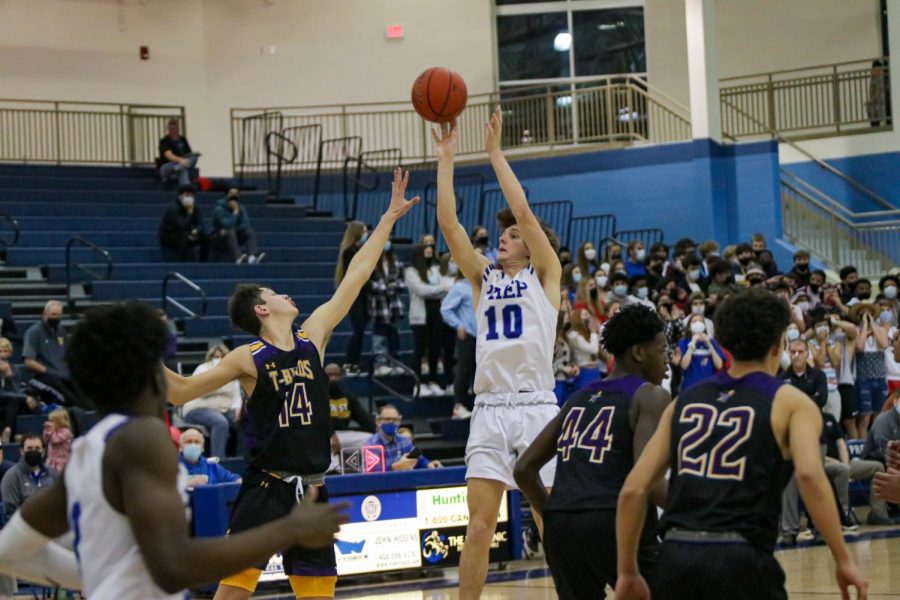 The cold is setting records throughout the middle of the country, but one thing that’s remained hot in Nebraska is high school basketball.  During the Heartland Hoops Classic over the weekend, 3 of Nebraska’s top 5 teams (including two which resided in the national top 20 by MaxPreps) did battle, and livedup to expectations.

Lincoln Pius X dealt with Class C Grand Island Central Catholic, 65-45, behind 19 points from Sam Easley.  In the next game, #19 nationally Bellevue West gave Jaden Adkins (17 points) and #3 Sunrise Christian a scare, and though Sunrise won 75-68, the Thunderbirds had them tied at halftime and Chucky Hepburn had a classic statline, with 12 points, 8 assists, 5 steals, and one authoritative block.  In the final game of the night, #16 nationally Millard North and Hunter Sallis informed #17 Oak Hill that there was a new state to watch high school basketball in.  Oak Hill’s list of alumni include Kevin Durant, Carmelo Anthony, Rajon Rondo, and Josh Smith, but they weren’t playing on Saturday and Hunter Sallis was.  Sallis exploded for a season-high 32 points, Saint Thomas added 29, and the Mustangs made a statement on a national stage in an 80-76 victory.

Since this is a Prep basketball blog, you might be wondering what all of this talk about great teams close to home has to do with the third-ranked Junior Jays.  Well, the Junior Jays were the team that Millard North faced off against just 5 days after the biggest high school basketball game in Nebraska in years.  Bellevue West and Pius X are also teams that Prep may have to go through on their way to the state title, and yes, it is time to start talking about that.  Prep came oh-so-close to beating that Thunderbirds team that competed with the #3 team in the nation, and the Millard North game was just as dramatic, with Prep pulling off a season-defining 76-75 win, thanks to some clutch free throws by senior Justin Sitti.  After that game, Prep dominated 5th-ranked Omaha Central for a 49-39 win, sealing their 20-2 record and a top 25(!) spot nationally.

The game against 2-15 Bryan was far less dramatic or far-reaching than the other games for Prep.  Luke Jungers continued to show off for the fans, notching his 6th straight game with 14+ points, and the Junior Jays coasted to an 86-54 win.  Despite 17 points from Bryan junior Lam Kuany, Prep was able to easily weather the storm despite only being up 36-23 at halftime.  Prep had one of its best performances from the field all season, shooting 67% and finishing with 9 different scorers.

One of those scorers was junior guard Martel Evans, who set himself a new career high by scoring 13 points on an eye popping 5-for-6 shooting night.  Mai’Jhe Wiley added 12 points, and while Bryan senior Darwin Loftin added 21 points, the rest of the team (excepting Kuany) scored just 16 points.  The Jays defense was characteristically on point, forcing 15 turnovers and winning the rebounding battle 24-17.  Perhaps one of the most surprising (and potentially important for the state tournament) stats was where those rebounds came from.  Brendan Buckley grabbed 7 rebounds to lead the team, Justin Sitti had 3 (and 3 steals), and Evans also had 3.  While we can’t tell much from a blowout win against a 3-16 team, the victory probably was an important stepping stone for the Prep offense as they hit the peak of their season.

In order to get a season-defining victory against a nationally ranked team, three things need to happen: 1) you have to shoot the ball incredibly well, 2) you have to win the turnover battle, 3) you have to come up with clutch plays and 4) maybe get a bit lucky.  The Junior Jays did all four of those things against Millard North, and the result was a 76-75 victory.  Prep was almost unconscious shooting the ball, with splits of 53% FG, 47% 3PT, and 91% FT.  They also won the turnover battle, 11-9, but it seemed as though Prep would once again fall short against a top 2 team, as the Mustangs led 62-51 in the third quarter.  Then the Junior Jays of state championship aspirations showed up, and the game was close again.  AJ Rollins tied the game with 1:46 left, but Millard North regained a 3 point lead with under 40 seconds to go.  However, Millard North didn’t count on Justin Sitti, who scored 4 straight points, and after star Hunter Sallis (27 points) missed a leaning 3, Prep had earned their biggest win of the season.

Much like the other big wins, this game was made possible by the great team spirit of the Junior Jays.  Luke Jungers set a career high with 22 points (on a blistering split of 64-75-100), and 3 other Junior Jays scored in double figures.  The free throws were also key for the team (21-23), and 4 different players hit at least 4 shots from the charity stripe (all of them over 80%).  Mai’Jhe Wiley scored 12 points and still managed to have a career high 6 assists, and AJ Rollins added 12 points and 8 rebounds against a tough Mustang frontcourt.  Sitti played one of his best all-around games of the season, scoring 15 points (including the winning free throws) and 6 assists, as well as refusing to let Millard North’s Jadin Johnson get free, holding him to just 3 points, all from the free throw line.  Sallis was magnificent in defeat, as was Saint Thomas (19 and 11 with 5 assists), but Luke Jungers couldn’t be stopped and Justin Sitti couldn’t miss free throws, and in the end, that doomed Millard North and their spot in the national top 25.

On senior day, Prep continued their winning ways (the streak is now at 5, and 12 of the last 13) by imposing their will over a fatigued Omaha Central team (coming off a game the night before against Bellevue West) and getting a not-as-close-as-it-looks 49-39 win.  Prep clipped the Eagles’ wings, holding them to 30% FG and 17% 3PT.  The Jays also won the turnover battle yet again, 13-8, and while the shooting wasn’t where it was against Millard North, the Junior Jays were able to shoot 44% from 2 and 15-21 from the line.  A great senior day ended with this team asserting itself as a genuine threat to win the title.

The offensive balance was once again the story, as 6 different players scored, with none going over 13 or under 4 points.  Justin Sitti led the way (and had a very authoritative dunk to seal it), and also added 2 of the team’s 10 assists.  Brendan Buckley had an incredible all-around game, with 8 points, 7 rebounds, and 3 steals.  No Central player shot better than 50% (and after him, no player was over 33%), and they also struggled to get an offensive rhythm, gaining only 6 assists and scoring double digit points in just one quarter.  Considering that Central still holds the number 5 spot in Class A, this win suggests that the sky’s the limit, especially when no less an authority than the Omaha World Herald’s Stu Pospisil called Prep the “best defense in Class A”

Prep now looks forward to districts, and despite a ratings snub (they’re still sitting at number 3), they should have a fairly easy time getting to state.  Their likely first opponent is Omaha Bryan, whom they’ve beaten already 86-54, and if there’s an upset, Prep will face Omaha Northwest, whose first meeting with the Junior Jays ended in a 73-30 blowout.  The other side of the bracket will be a little trickier to deal with, especially considering that neither Elkhorn South or Kearney (the two potential opponents) have faced the Jays yet.  However, Elkhorn South has a losing record and Kearney (despite being #12) has lost to teams like Central by double digits.  While there is unlikely to be a change in the rankings after districts (especially considering it’s expected for Prep to make it through), some good performances could add to the team’s considerable momentum heading into the state tournament.

Upcoming Schedule: Prep plays either Omaha Bryan or Omaha Northwest on Saturday, February 27, and plays (assuming they win) either Elkhorn South or Kearney on Monday, March 1.