Prom During a Pandemic 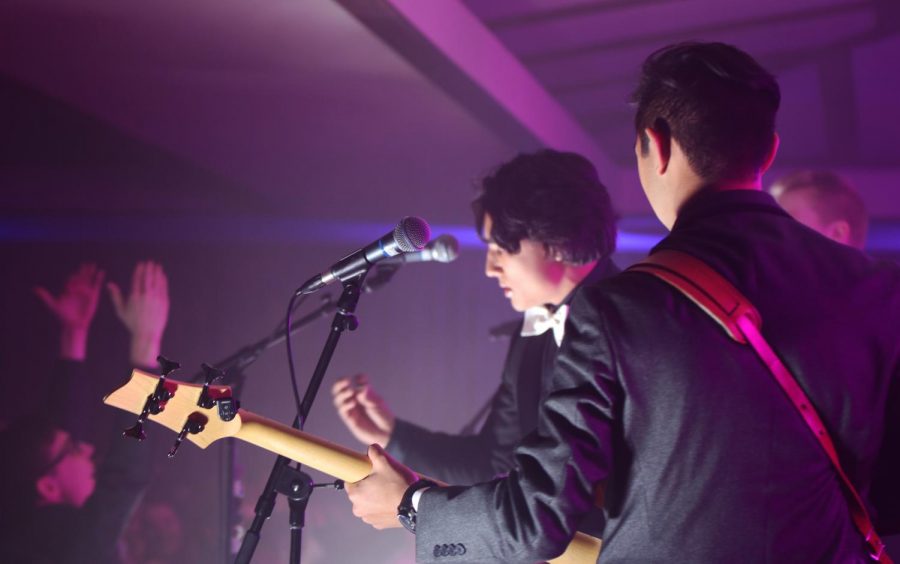 So many things were lost for so many people when the COVID-19 pandemic really started to affect America in late February and early March of 2020.  Spring sports, vacations, in-person school, and for some, even lives of loved ones.  Now, however, we are over a year into the “new normal”, and things appear to be gearing up to go back to the “old normal”.  One of those things signifying the old normal is prom, which Creighton Prep will have this year, but with a twist.  Mrs. Sara Smith, director of Student Activities at Prep, was one of the key players in getting a prom event this year.

One of the main reasons the administration fought so hard for a prom was because they remembered how not having one last year felt.

“As the doors continued to get closed, it was more and more depressing…it was this real sadness and disbelief,” Smith said.

Last year, many students expected a simple lengthening of spring break, but to then be back at school in plenty of time for graduation.  However,  that obviously never happened, and that led to “the anger”, according to Smith, starting to develop in seniors.  After the anger abated came disbelief and regret.

“If I would have known that March 6 [2020]was the last time I was going to be in the building, I would have done so many things differently,” Smith recalled hearing one student say.

This year, the seniors are slightly luckier.  The Heider Building was unavailable for use, so the administration instead elected to hold the event at Prep.  Smith mentioned that the biggest concern of the Student Council (which was heavily involved in the planning of the event) was to not have to deal with plexiglass, leading to Jurgensen Field being selected as a venue.  After the students returned for Christmas break and “the spike didn’t happen”, said Smith, the administration began preparations.

The date was set for May 1, as “hopefully it will be warm enough and we’ll be able to have more of a normal type dance,” said Smith.

However, there is a twist: post-prom will also be held at Prep at the same time.  According to Smith, this was another pressing point from the Student Council: why bother planning two events when you can just have one big one?  While the dancing happens on the baseball field, inside there will be even more opportunities for fun, says Smith.

“We’ll have a poker table, we’ll have a roulette wheel, we’ll have a mechanical bull and that Toxic Meltdown game,” said Smith, and because the event takes place at Prep Smith said that they can set the rules.

The seniors especially were instrumental in how the event took shape; everything from the dress code to the venue.  Smith said that senior football players especially pushed for the dress to be more casual, but also acknowledging that anyone who wanted to dress formally could.

Smith knows that this is going to be one of the final times the seniors can be on campus with their friends socially, and wanted to give them some control over the proceedings.

“This is [the seniors’] final environment, and I want [them] to have as much input as possible, to make sure that [they] will enjoy it,” Smith said.