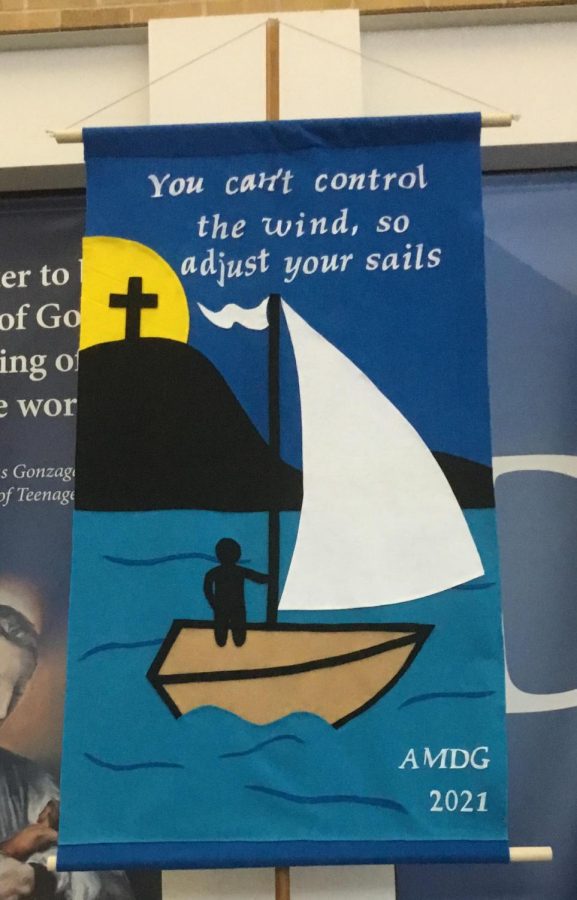 Freshman Retreat is one of the biggest traditions at Creighton Prep dating back to 1974. With all the uncertainties that the 2020-2021 school year has had one thing was for certain, there will be a freshman retreat.

“First we wanted to make sure the conditions were safe. Secondly we had to think of the things we wouldn’t deem safe, like staying the night,” Head of Freshman Retreat Mr. Greg Glenn said.

This year’s Freshman Retreat was originally scheduled for the first weekend of February, but due to a sudden spike in COVID-19 cases at the school in December, the administration made the decision to push it back to March.

In December, Head of School Jim Bopp sent out a survey to the parents of the freshman to see how comfortable they were with having freshman retreat in February. As a result of the survey, the school decided it would be best to push it back almost two months.

“Many parents felt very hesitant about having it in February,” Glenn said.

With Freshman Retreat being an annual occurrence, the preparation process is normally pretty familiar. This year, however, nothing is familiar for anyone. That includes planning this year’s retreat.

“Everything’s been really spread out, we haven’t been able to meet much due to COVID. We also weren’t able to meet during spring break.” Glenn said.

This year’s freshman class has not been able to share the same freshman experiences that the classes before them have had. There was no Welcome Dance, no Homecoming, and they missed almost the entire football season in the birdcage. The main focus on this year’s retreat is to make the freshman feel as comfortable as possible.

“In some ways this is [the freshmen’s] first chance to really meet people in depth,” Glenn added.

Freshman Retreat is for more than just the freshmen. It’s a huge deal for the senior and junior leaders, and the sophomores get to work on the grounds crew and get to see first hand the behind the scenes action of the retreat. Even the faculty and staff get in on the action.

“Our goal from day one has been to provide the freshmen with the opportunity to develop the brotherhood and community that decades of Prep guys have been able to find through this retreat,” Mahoney said. “This freshmen class deserves better than what Covid has handed them, and this retreat is our chance to prove that to them.”